Hello! My name is Joe. I am a Creative Strategist based in Tokyo. I specialize in Concept Development, Creative Direction, Strategy and Planning for Innovation Projects that leverage emerging technologies. My PhD. thesis explored managing the Creative Process in ambiguous and emerging contexts.
My current work at Google is focused on demonstrating the positive role of technology in society, looking at Accessibility, Culture and Education in APAC.

A project I led from concept to launch in 35 days during the early pandemic lockdowns of 2020. Delivery Doodles is a webapp that uses a custom machine learning model to recognise kids drawings of local food using tensorflow.js. Our experience guesses their dish and then deep links to Grab Food so that their favourite meal to be delivered directly to their home. Delivery Doodles is built on the insight that families are stuck at home struggling to figure out what to each for each meal, and that local governments are trying to support SMBs and local restaurants who are struggling to stay open. 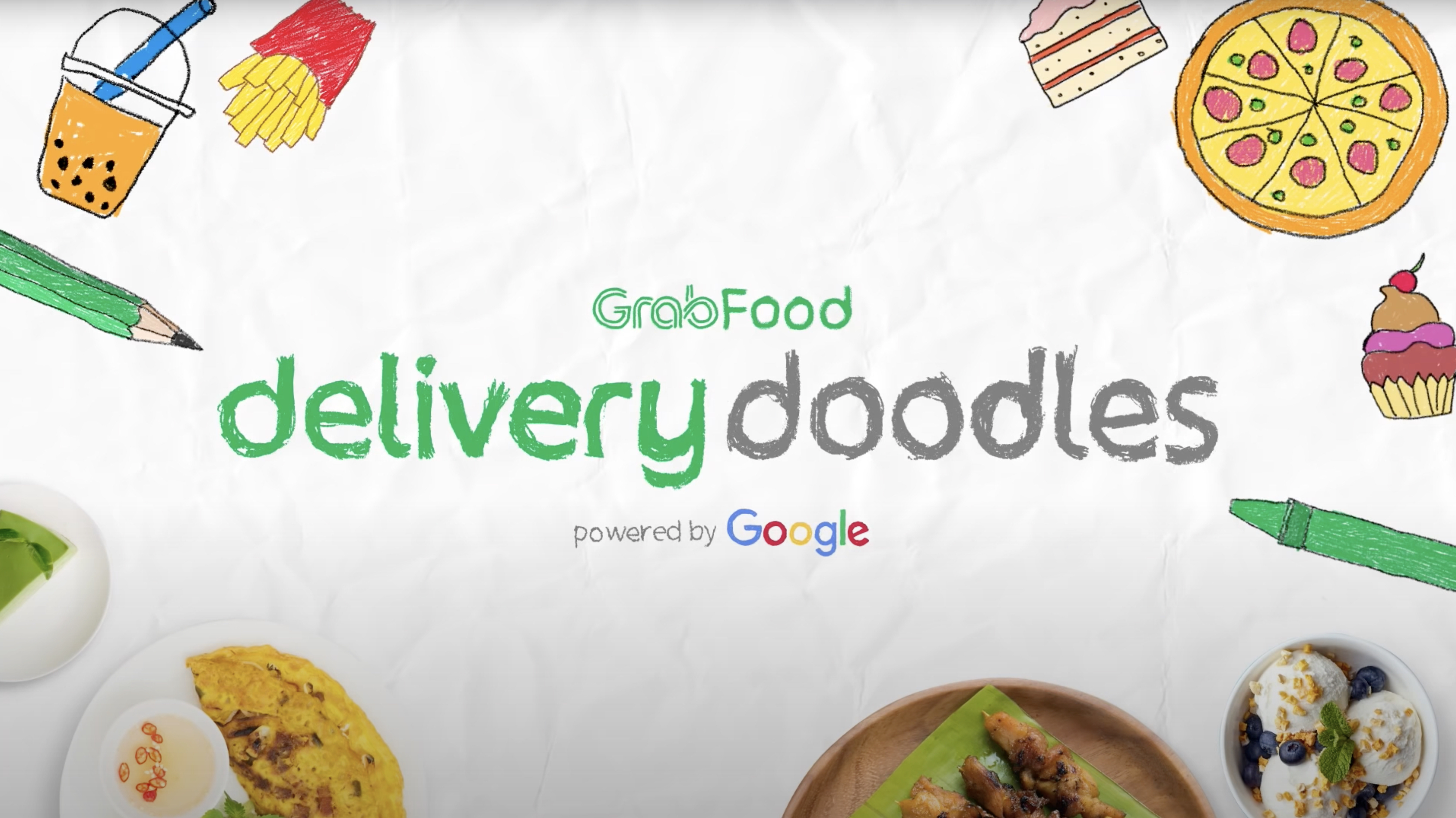 As part of a Google initiative to do more 'APAC to the world' projects, I led the scale of Delivery Doodles to two further unique partners and markets, repackaging the same machine learning model and retraining with local data for Hot Pepper Gourmet in Japan and DiDi Food in Mexico. I designed a modular IP and Production structure, worked with local design teams to ensure that each collaboration felt unique, whilst building efficiencies in costs for each partner by reutilizing core elements of the UX, UI, and cumulative data collection and Tensorflow model improvements and optimizations.
In Mexico, our experience was called 'Dibuja tu Antojo' meaning 'Draw your Cravings'. DiDi Food are a relatively new entrant and so the emphasis was on new customer acquisition. We created special packs for schools, influencers and press containing plush toys, crayons and branded sketchbooks along with DiDi Food vouchers to encourage people to draw their doodles and order from a new platform. The experience had over 33M impressions and a unique reach of over 15M, resulting in excellent Brand Lift statistics for DiDi in both Consideration and Favourability.

In Japan, we partnered with Hot Pepper Gourmet (Recruit) to create 'Oekaki Takeout', pivoting from a delivery model to allow wider support of over 750,000+ of Hot Pepper's restaurant partners offering takeout services whilst restaurants were closed - but with no way of reaching their customers.

Threadit is a new product from Google's in-house incubator program, 'Area 120'. It allows asynchronous communication through video and screen recording to facilitate more and better collaboration across timezones and across hectic schedules, even whilst many people are working from home. Threadit represents my first foray into projects working with Area 120 teams in a 20% capacity alongside my day-today work. In this capacity I supported use case ideation, launch strategy, product marketing, product messaging and user testing. You can read about how we worked together to build a new tool without ever meeting in person in a great article by Founder Keller Smith here.

Learn more about Threadit on TechCrunch

PA!GO is a smart educational toy created by Panasonic using Google's Machine Learning technology. It is the result of an ongoing R&D experiment in partnership with Panasonic Home Entertainment in Japan focused on using technology to get kids out of the home and exploring the world around them. Simply go outdoors and explore by pointing PA!GO at any insect, bird, animal or tree. 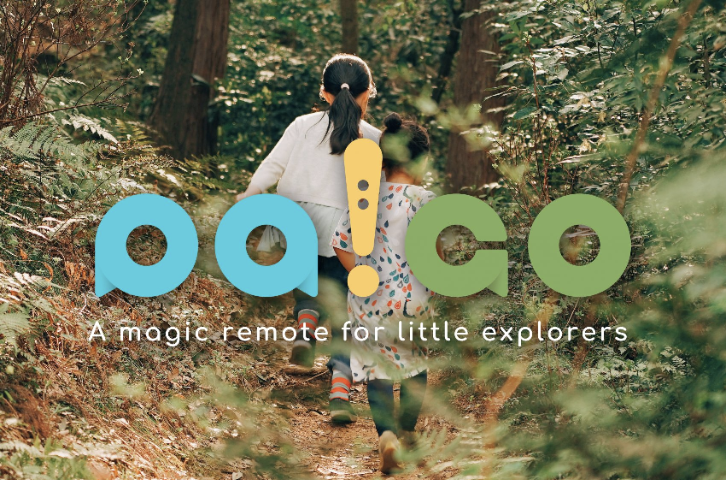 Using novel on-device edge TPUs, PA!GO leverages Tensorflow, Google's Knowledge Graph and the iNaturalist dataset to identify and record the world around you, allowing kids to learn about nature in realtime as they explore, and to store and share what they've learned with their families when they get home by connecting PA!GO to a TV to share photos, videos and extra content, as well as using PA!GO as a remote to explore even further. 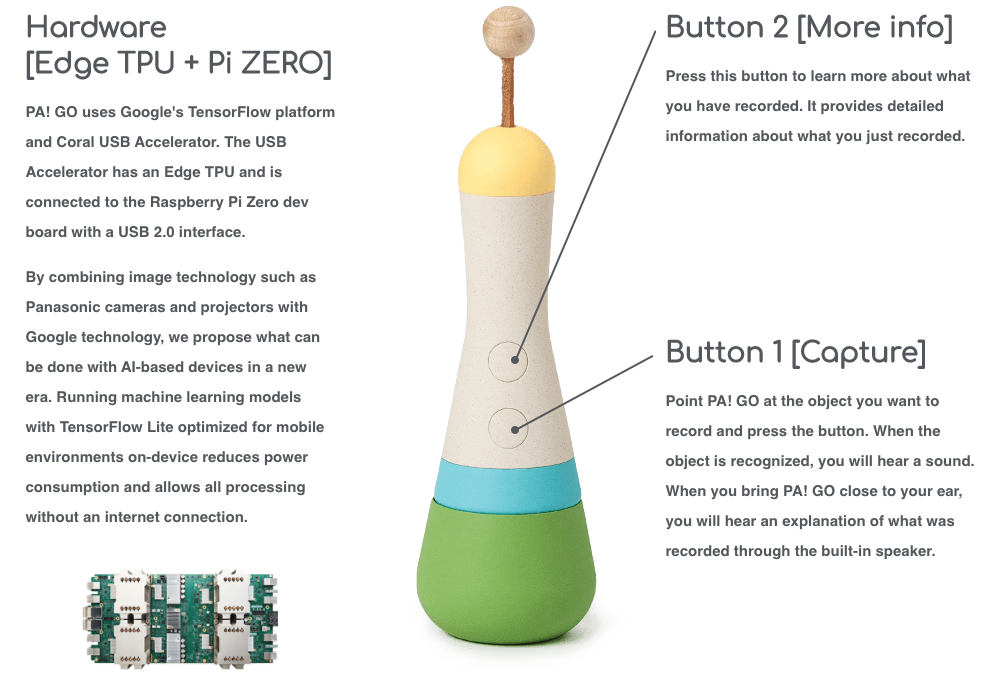 Learn more about PA!GO on the Panasonic Futures Website

Sounds of India is an AI powered musical experiment that sought to capture hundreds of thousands of unique voices singing India's national anthem Jana Mana Gana, whilst educating people about traditional Indian music. Using emerging audio technologies of DDSP and Tone Transfer, we created an experience that allowed audio capture and subsequent 'transfer' to one of several traditional Indian instruments, culminating in a performance aired on live television for India's Independence Day in 2020. 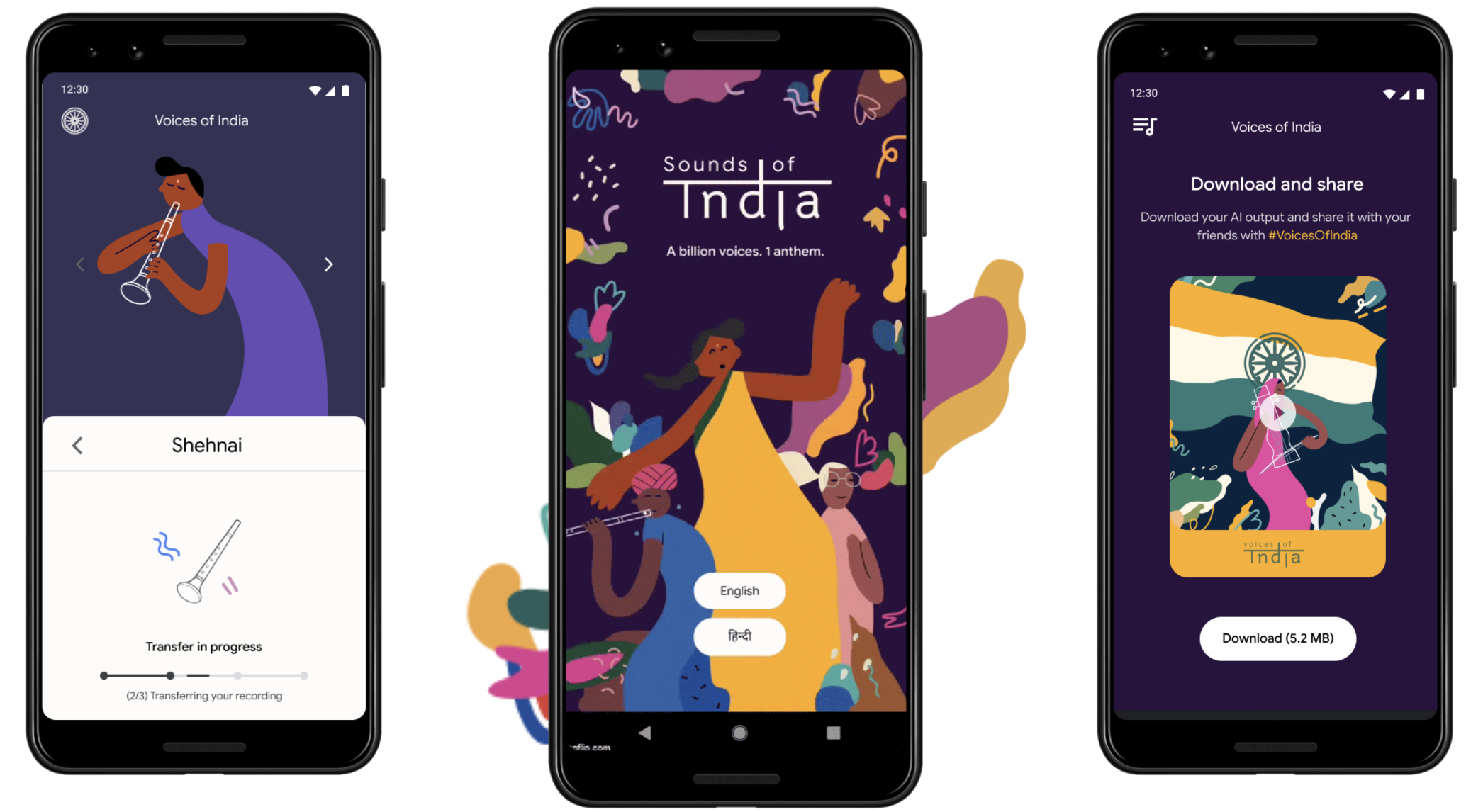 Read more about Sounds of India on the Tensorflow blog

GLICODE teaches kids to code with candy. By laying out Pocky and other snacks in particular sequences, our app translates the layout into a coding language that teaches the fundamentals of computer science and algorithmic thinking

GLICODE uses computer vision to turn candy into code and teach computer science to kids in a fun and interactive way. By physically laying out different Glico snacks like Pocky and Almond Peak in different configurations, orientations and sequences, our app captures these layouts and corresponds them to commands that control a character in a game world through increasingly difficult puzzles and challenges.

When I first joined the ZOO team in Japan, we had never launched a project. I set up a framework designed to focus our efforts on doing projects that had Google technology at their core, meaningfully delivered on client partner metrics, and greatly emphasized the importance of tech projects being used to do good in the world, finding the overlap between innovation and creating culturally impactful work. This framework led to our first project in partnership with Lux, Japan's most popular shampoo brand, to launch their inaugural seasonal variant for 'Sakura' - Cherry Blossom, in Japan. 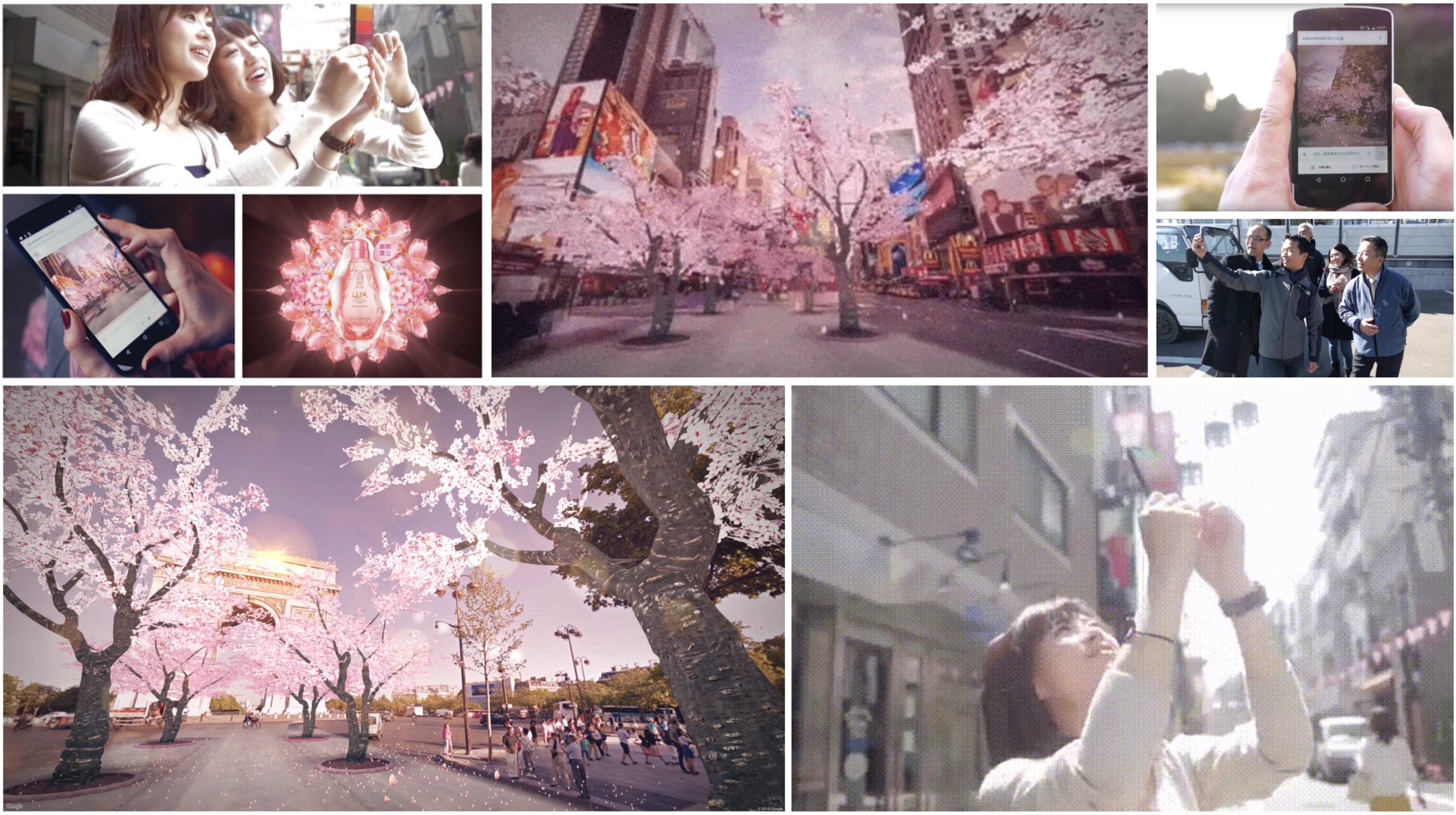 In 2016, Google Street View had just released its depth API, allowing objects to be placed with perspective as overlays within the platform. We created a mobile and desktop experience where users could plant virtual cherry blossom trees anywhere in the world, spreading the beauty of Sakura to promote Lux'sLimited Edition Sakura Dream variant.
March 2016 also marked the five year anniversary of the 2011 tsunami in Tohoku. Planting virtual cherry blossom trees inspired us, so we convinced Unilever to bring Sakura Dream to life, in a place that needed it the most. We partnered with local government and NGO Sakura line 311, and took 10yen from every bottle of Lux sold and bought hundreds of real Sakura trees, and started planting them along an invisible line 170km long that marks the furthest point inland the devastating tsunami reached. The Sakura Dream Project acts as a memorial to the past, and a marker for the future. We are still partnering with Sakura Line 311 today, donating to the cause, and volunteering our time to help plant trees in and around the Tohoku region. The project was extremely humbling and emotional to be a part of, remains very close to my heart, and is one of my proudest achievements of my time in Japan.

OnePlus has always launched their phones in interesting ways. We partnered with them to launch the blazing fast 6T in 2017 by creating a worldwide crypto challenge combining Dialogflow, YouTube, novel use of mobile browsers, a custom hardware sonic microcontroller, and some really, really hard puzzles. Crackables is a global game that challenged OnePlus fans in a race against the clock to free 'Crax' from within the game, an AI character we built that you could converse with and glean clues and information as to how to proceed. ‍The fastest 1,000 players received a custom Crackables 'microcontroller' which they needed to use to advance to the harder puzzles and solve them for a chance to win an Ultimate Gaming PC Setup, worth $30,000, at the OnePlus launch event in New York City. 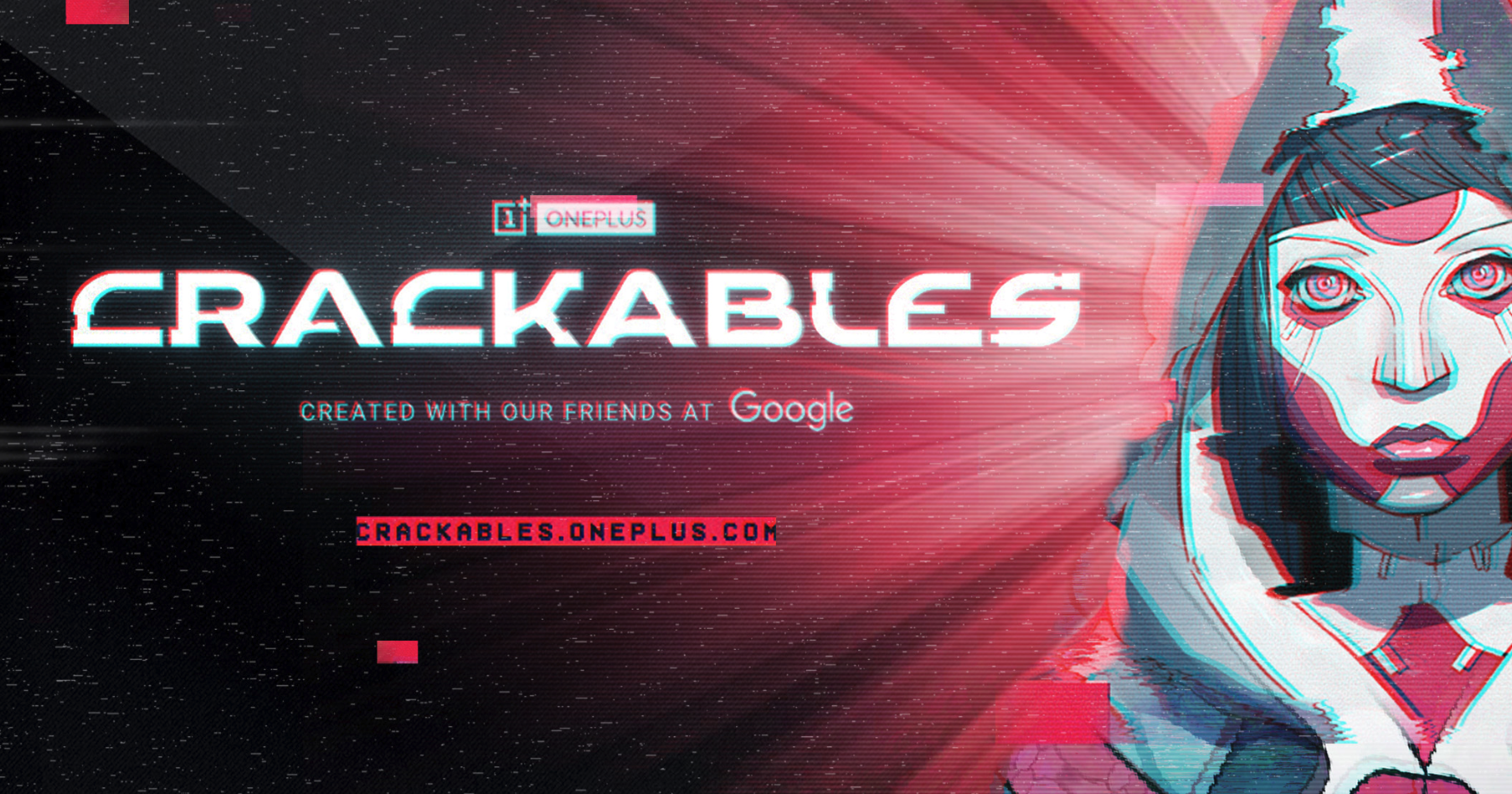 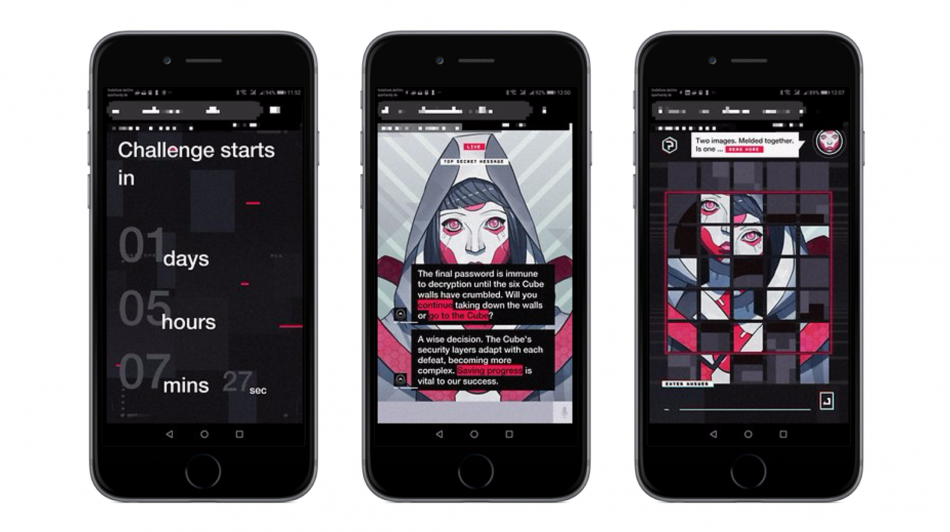 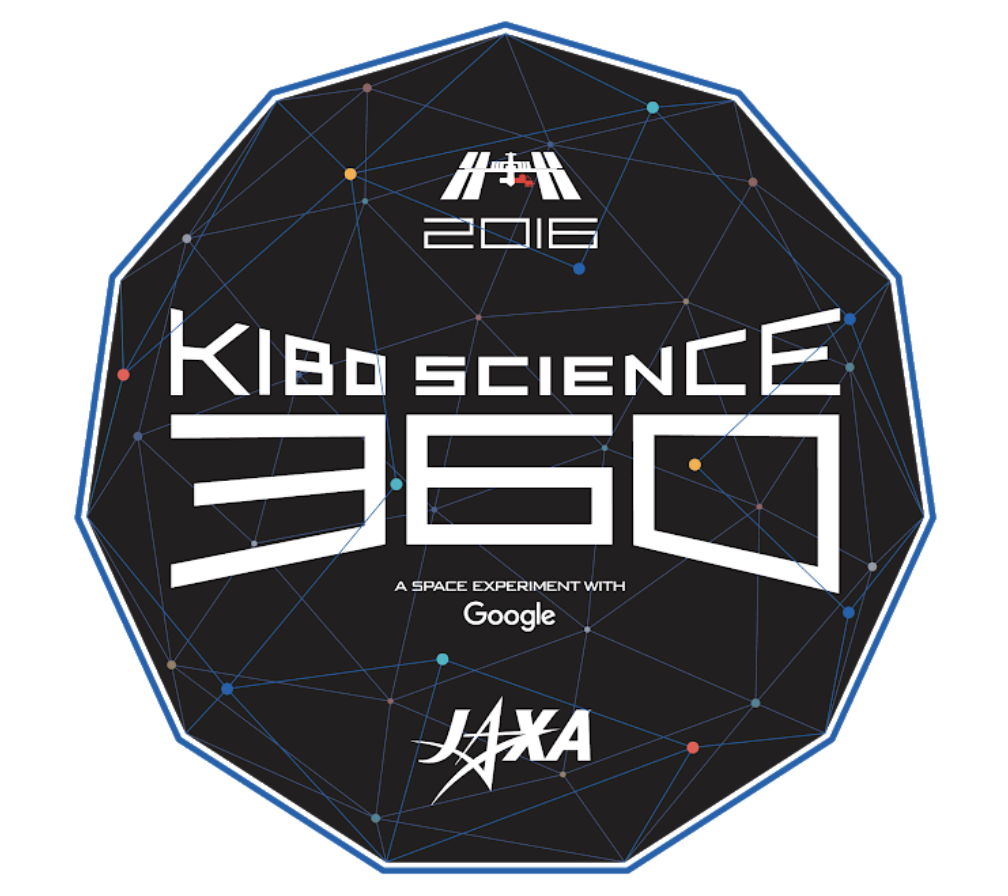 JAXA is Japan's national space agency, similar to NASA in the US. Google had the opportunity to partner with them in July 2016 when Japanese astronaut Takuya Onishi lifted off to the International Space Station, and my team was approached to develop a concept in collaboration with JAXA and Onishi-san. Our insight was that the next generation of astronauts are currently sitting behind school desks around the world - but to them science is complicated and space is light years away. We wanted to use this opportunity to inspire and educate kids and young adults about the importance of JAXA's scientific contributions onboard the ISS - and bring space a little closer using the magic of VR and Google Cardboard. 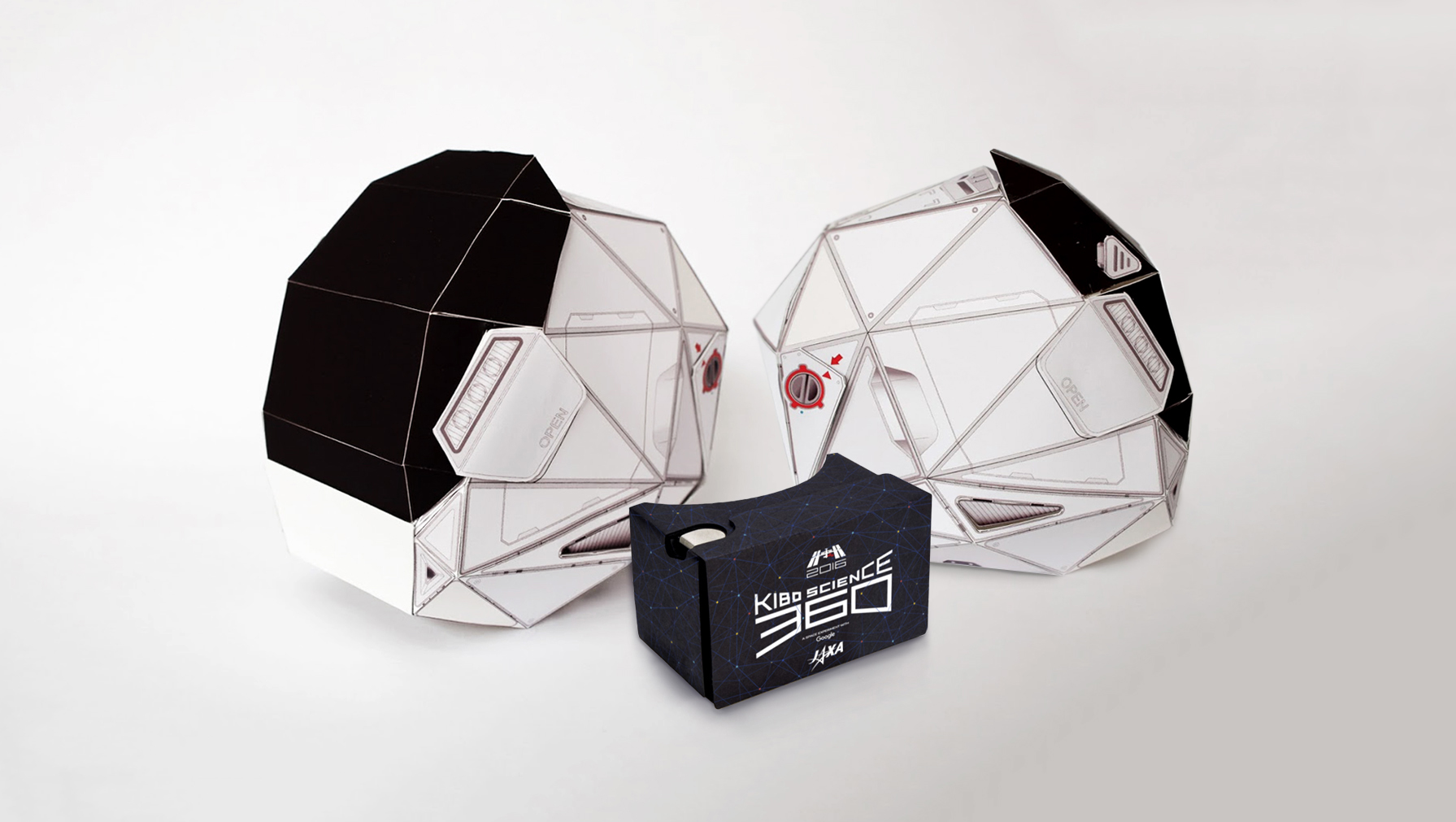 Kibo Science 360 is the world's first VR Cardboard Space Helmet that turns anyone into an astronaut. We combined the traditional Japanese art of origami with the new technology (at the time) of VR gaming by creating a single-sheet, foldable, customizable cardboard helmet with Google cardboard built into the visor. An accompanying VR app takes kids on an immersive mission into space where they can conduct experiments alongside Onishi-san in VR mini-games where they can earn about microgravity and the equipment onboard the ISS.
To launch the experience we conducted a livestream from the Tsukuba Space Station with a big group of very excited school kids, Japan's #1 YouTube creator Hajime Shacho, ex-astronaut and previous ISS resident Akihiko Hoshide, and Onishi-san himself from onboard the ISS, hurtling 400km above the earth at 27,6000km/h. Onishi-san answered the group's questions live from space, and conducted experiments alongside them, at one point mixing coffee and milk in zero gravity to make a space latte. 'Kibo' means 'hope' in Japanese.
My Role: Concept Origination, R&D, Creative Strategy, Production Management
Partners: JAXA, Google Japan, YouTube Marketing, Dentsu, N&R Foldings, Paperworld, Kayac
Results: X
Learn more about Kibo Science 360 on JAXA's website